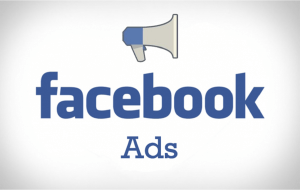 Ads online have become such a nuisance and a drain on both battery and bandwidth that there has been a recent uptick in people using ad blockers.

Facebook is the first of the big online publishers to block ad blockers. Any users who try to use an ad blocker on the desktop will soon realize that they do not work anymore. They enabled code now that renders these adblockers useless.

“Disruptive ads are an industry problem, and the rise of ad blockers is a strong signal that people just don’t want to see them,” Andrew Bosworth, vice president for Facebook’s ads and business platform, said in an interview. “But ad blockers are a really bad solution to that.”

The issue here is that a lot of online content is supported by those ads. Using an ad blocker is part of a furious online debate. It is true that they take away from the experience but a lot of businesses online are built on that revenue.

Some publishers like Wired, Forbes and the Times have started experimenting with anti-ad-blocking technology. Others have gone to the lengths of asking users to whitelist their sites and pointing out explicitly that the content they are reading is paid for by these ads.

It wasn’t long before Adblock plus, the most popular blocker had updated and was blocking Facebook ads again. However, Facebook responded and ads are visible again. Since ad blocking software is free, it is unlikely that they will keep up this cat and mouse game for long.